In the first week of July, a large contingent of BTR Roadrunners took part in the 5th Tour of Merseyside.

This event, which covers 52 miles over 6 races in 1 week, kicked off on the 2nd July with the Southport Half Marathon, a wonderfully flat and fast course – which for once wasn’t too hot. 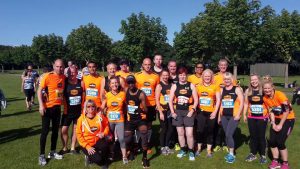 Monday saw the action move to Thurstaston and a 6-mile multi terrain, including the beach, up and down the Dales at Heswall, finishing with a burst along the Wirral Way. 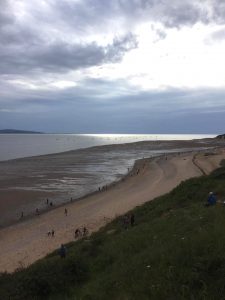 Tuesday was the (loved by some, dreaded by others) 10 miler along the ‘Ralla; from Walton Hall Park, 2.5 miles north, turn and back, then 2.5 miles south, turn and finish. If anyone was running low on protein, there were plenty of midges… 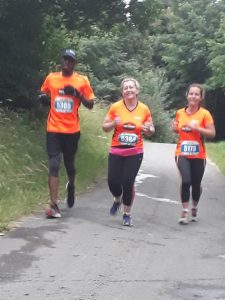 Wednesday was a rest day, before battle recommenced on Thursday evening with the 5 miler along the promenade at Otterspool. This race has (unofficially) become the fancy dress night of the tour, with plenty of the BTR Roadrunners and others raising the bar!

Friday evening is the furthest east of the event, and two laps of the well-established cross-country course at Stadt Moers Country Park. (Where? some ask – it’s a hidden gem, near Whiston.) 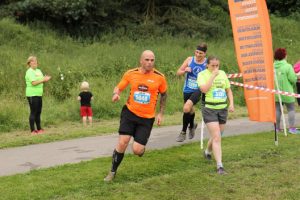 Somehow, everyone managed to assemble prompt on the Saturday morning for the final challenge, and the 12 mile coastal run out to Hoylake and back (including the dreaded 1/2 mile out across the beach…) And the BTR Roadrunners demonstrated the Tour motto: no runner left behind! 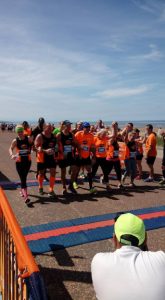 Then it was just off to, ahem, recover at the presentation and after party…